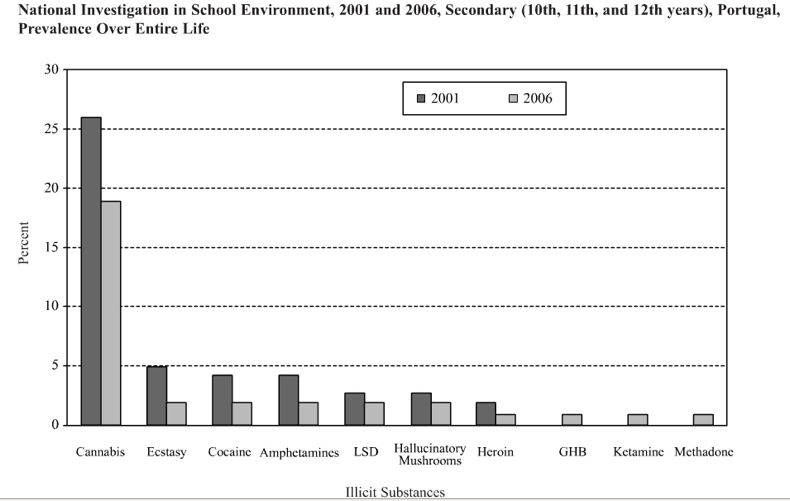 Portugal decriminalized drugs in mid-2001. The effect on drug use has been a notable decrease in drug usage by minors at the same time when drug usage rates in the rest of Europe have been increasing. Glen Greenwald has more.

Drugs should be legal because you own your body, and the idea of a consensual crime where you are both victim and perpetrator, is anti-freedom and irrational. But for pragmatists out there who can’t get on board because they think that legalizing drugs will result in more drug usage by minors (the “for the children” argument), here is the evidence that it will not.

Update: Made it clear that this graph is not the overall population.

Also of note is that drug-related deaths have plunged since decriminalization. Read the full report, there were other benefits.